The Intel DX4 100 Overdrive is a 100mhz 486 with a built in voltage regulator so that it can be installed in older motherboards that only support 5v CPUs. There are two types of Intel Overdrive processors: The "ODP" models are used in boards with an overdrive socket. The "ODPR" models are used in motherboards that do not have an overdrive socket. The original CPU is removed and replaced with the new ODPR processor. 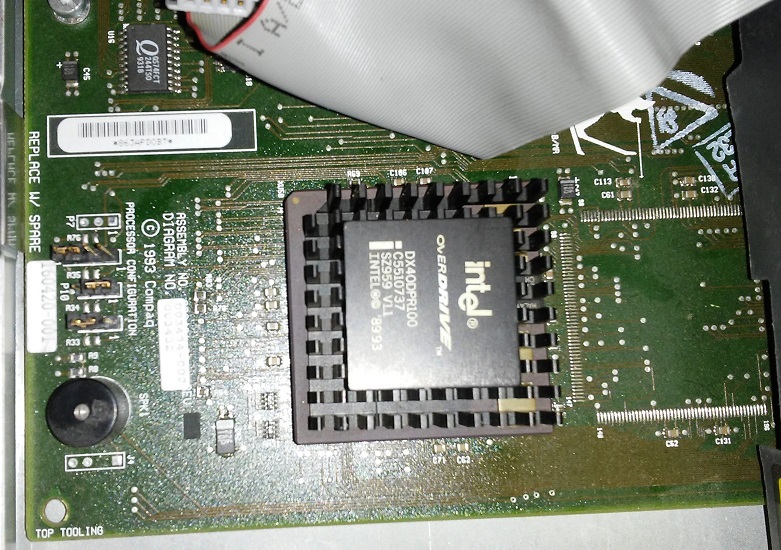 The only CPU configuration jumpers in the Presario 633 are for SX vs. DX processor and 25 vs. 33 mhz bus speed. The DX4 100 chips internally triple whatever FSB speed they are given. The original CPU was 33 mhz, so the only change that was needed was selecting a DX CPU. 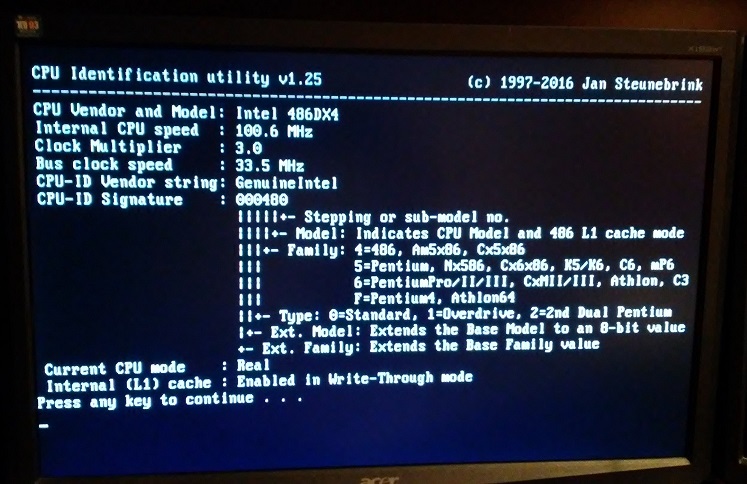 I did some before and after benchmarks with Phil's DOS Benchmark Pack.

In most of these apps I saw a 1.7-2x performance increase. PC Player and Landmark were closer to 3x. I wonder if PC Player will take advantage of an FPU if present. This would explain the large increase. Landmark looks like it is so completely synthetic and unrealistic that we see this speed simply from the clock increase.

This is a great upgrade for older 486 systems. I'm not sure that it would be worth it for a system that already has something a bit faster such as a DX2-66, but for an original SX or DX 25 or 33 the jump is very large. It makes games that were choppy before very smooth and much more playable.