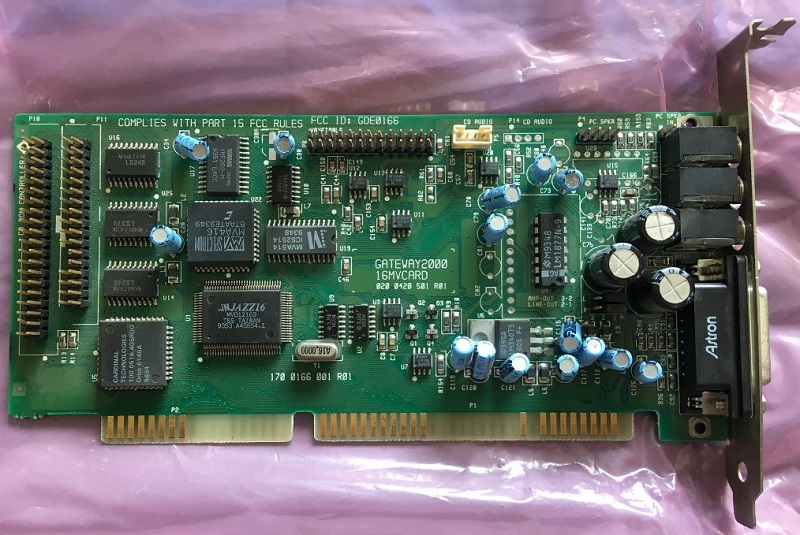 The 16MVCARD is an OEM sound card that was manufactured by Cardinal for Gateway. It uses the MediaVision Jazz-16 chipset and a "real" Yamaha OPL3. It has Mitsumi and Sony CD-ROM connections as well as a wavetable header. In Windows this is a 16-bit card, but in DOS this is essentially a Sound Blaster Pro 2.0 clone.

The card uses the newer MVA-514 mixer chip found on the MediaVision Deluxe cards. This mixer is fully Sound Blaster Pro compatible, but drops the 3D / SRS features from the earlier Jazz-16 cards that use the MVA-508B chip. 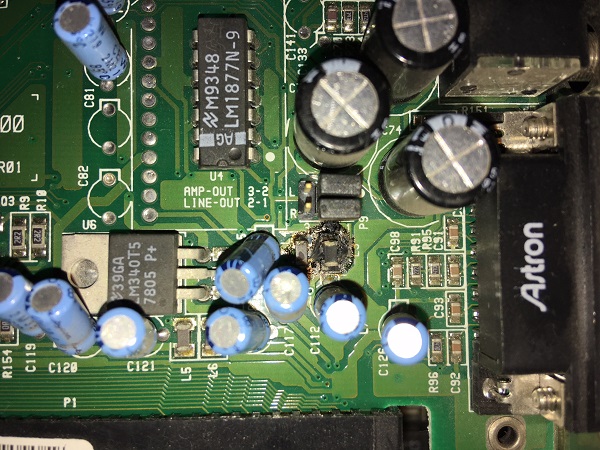 I had a ferrite burn up in the lower right corner of the card (L3) before I could test the wavetable header. Another user on Vogons had something similar happen. Not sure if this is a common problem with these cards after 20 years, or if I have other issue such as a power supply problem with the test system.

This is a plug and play card. There are no jumpers except to choose line out vs. amplified speaker output.

The installation program is straightforward. I used the drivers from the Vogons library. These install to C:\G2KAUDIO by default, so this is the original Gateway driver package. An annoyance is that the installer does not bother trying to load anything high and will also add lines for the CD-ROM interface regardless of if you are using them.

After cleanup, these are the relevant lines from autoexec.bat and config.sys:

The JAZZ.SYS TSR is needed for initialization, but it only uses 2K of memory so it isn't a big deal. Its options are:

I could not find a way to disable the MPU-401 interface. This could be an issue if you are combining this with another card for MIDI. The port and IRQ can at least be changed. 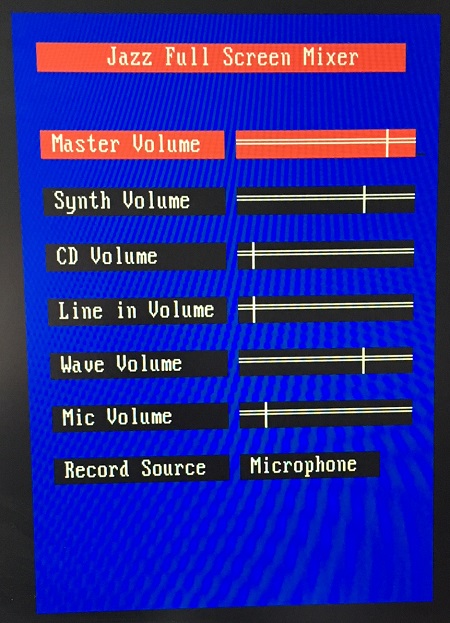 The mixer program that is included with this driver pack is called jazzmix.exe. This is a very simple program, but I could not figure out how to make it retain the settings after reboot. I would imagine this is possible, but either better documentation or a different mixer is needed.

Overall the 16MVCARD has pretty decent compatibility and sound quality. I found no major issues. Stereo is reversed in Duke Nukem 3D like most other SBPro clones. Sound effects in Duke Nukem 2 work. No popping in Day of the Tentacle. The sound output is pretty clean, but perhaps just a bit dull or subdued sounding compared to some of the other cards.

I was not able to test the wavetable port, but there are several sound cards using the Jazz-16 chipset that have built in MIDI (such as the SoundMan Wave, so I wouldn't expect serious issues.